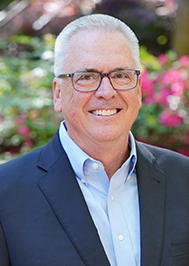 SACRAMENTO, Calif. – River City Bank, Sacramento’s premier business bank and one of the region’s fastest growing companies, announced Paul Duncan as the newest member of its Board of Directors. Immediately prior to his recent retirement from Bank of the West, Duncan dedicated the past 15 years to expanding its commercial banking footprint into new geographic markets including Northern California, Nevada, Oregon, Colorado and New York. As a member of the board, Duncan will aid in River City Bank’s continued growth in the Greater Sacramento region and throughout California.

“It’s a pleasure to welcome Paul to the board at a time when our home market of Sacramento is strong and the rest of California is expected to build positive momentum as we recover from the pandemic,” said Steve Fleming, President and CEO of River City Bank. “As someone who has worked extensively to advance the commercial banking presence of other banks, Paul has a wealth of knowledge and experience to share as the newest member of our board.”

“On behalf of the entire River City Bank team, we are excited to welcome Paul Duncan to the board,” said Shawn Devlin, chairman of the board at River City Bank. “We expect to gain much from his insights and expertise from his years in the Sacramento market and beyond.”

“Under the expert guidance of Steve Fleming and my colleagues on the board of directors, River City Bank has made substantial progress in expanding its presence to new markets and supporting the Sacramento region,” said Paul Duncan, board member at River City Bank. “Growth strategy is a particular passion of mine, and I look forward to leveraging my experience by contributing to River City Bank’s continued success.”

Immediately prior to his appointment to River City Bank’s board of directors, Duncan served for 15 years as Managing Director for Bank of the West. In that role, he successfully implemented a new division focused on government banking and public finance, while also continuing to work with businesses of all sizes on strategic growth and expansion initiatives. Prior to his work with Bank of the West, Duncan worked in various capacities for several of the largest banks in the Sacramento region and nationwide, including Wells Fargo and Bank of America.

For more information about River City Bank’s Board of Directors, visit rivercitybank.com/board-of-directors.

Named one of Sacramento Business Journal’s “50 Fastest Growing Companies” for each of the past four years, River City Bank is the Sacramento region’s premier business bank with assets over $3.4 billion. River City Bank offers a comprehensive suite of banking services, including loans, deposits and cash management tools to the business, consumer and commercial real estate sectors. With tailored, executive-level service and a “Superior” financial rating from the nation’s leading independent bank-rating firm, Bauer Financial, River City Bank redefines the banking experience and every touch point that surrounds it. River City Bank is the largest, independent, locally-owned and managed bank in the Sacramento region with offices in the San Francisco Bay Area and a presence in Southern California. For additional information, please visit www.rivercitybank.com or call (916) 567-2600. Member FDIC. Equal Housing Lender.

Board of Directors, Press Release