BCE: Powering California and Beyond

Fred Barnum began his career after moving from his hometown of Auburn to the Bay Area to start his electrical apprenticeship. Four years later, he returned to Auburn and took a job with a Sacramento contractor and helped them manage that company for six years. At the age of 29, he decided to branch out on his own. Barnum wanted to provide exceptional customer value while enhancing his employees’ professional and personal lives. He set out to build a business based on these principles. He reached out to his old bay area boss, Paul Celillo, a contractor and accomplished electrician, and Celillo agreed to partner with him. In 1990, Barnum & Celillo Electric, Inc. (BCE) was born.

Fred Barnum and Paul Celillo built BCE with the intent of becoming one of the premier electrical contractors in the industry. It was founded on three core principles: integrity, dedication, and craftsmanship.

BCE believes success cannot be measured simply by a financial statement. It measures its success through its most valued assets; its employees, clients, vendors, community, and the environment.

The success of its clients has allowed BCE to grow from a concept between friends to becoming one of the largest electrical contractors in the western United States. Clients have come to rely on BCE’s commitment and stability, enabling BCE to retain and add to its base even through the most challenging economic times. Whether designing a million-square-foot e-commerce distribution facility or simply changing a couple of light fixtures, BCE has provided its customers with unwavering dedication, quality workmanship, and unparalleled integrity.

BCE has not experienced the same labor shortages during this competitive hiring environment. The company has continued to retain its talent. In fact, for those who decided to retire, many asked to come back and work as consultants for the company. 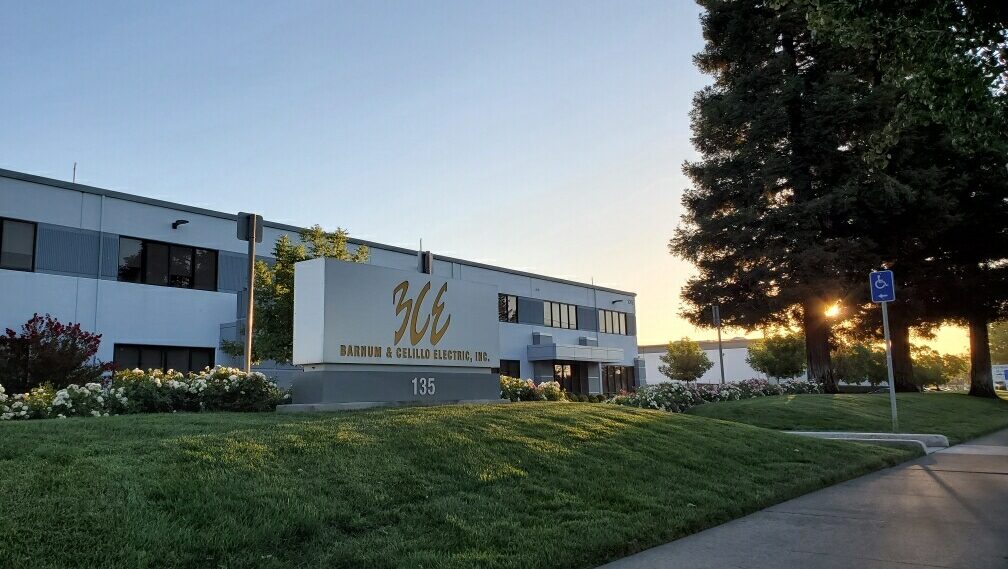 The enhancement of its employees’ personal and professional lives represents the heart and soul of BCE. Each member of the BCE team strives to ensure that the company’s core values are at the forefront of its work. Its entire field staff is either a California State Certified journeyman or enrolled in a State-approved training program. Employee development never stops, and the company continually refines its craft by staying at the forefront of technology and the latest code revisions.

“I believe in creating opportunities. If you take care of your people, they will take care of the company,” says Barnum. “The current workforce is transient, but we don’t have those issues.”

BCE understands the importance of giving back to the community and proudly supports many worthwhile charities and organizations. Contributing to the community is not an obligation but an opportunity. They support many nonprofit organizations, including Lilliput, the Children’s Miracle Network at UC Davis, and the Children’s Receiving Home of Sacramento, to name a few.

When BCE first decided to enter into the renewable energy sphere in 2004, clean energy was still considered cutting edge. Fast forward nearly twenty years, and BCE continues its dedication to assisting customers to use alternative energy sources and achieve the most aggressive energy conservation and efficiency. BCE’s building has over 40,000 square feet of solar panels on its roof, providing 257.6 kW (over a quarter megawatt) of power. From concept to design to permitting to construction to installation, they ensure their clients get the best technology and the best value for their projects.

“I believe in creating opportunities. If you take care of your people, they will take care of the company,” says Barnum. “The current workforce is transient, but we don’t have those issues.”

Relationships are key to growing.

During the time of this interview, Barnum and his wife eagerly awaited their fifth grandchild’s birth. He reflected on two pieces of advice that his father gave him:

1)  If you learn a trade and you are good at it, you or your family will never go hungry, and

Barnum continues to heed these words and appreciates the growth this wisdom has afforded him. With the help of Celillo and BCE’s incredible team members, he took a one-person shop and built it into a company that employs 300-400 people at any given time. BCE now services both California and Nevada with projects ranging from updating local businesses’ LED lighting to providing its services on high-tech distribution center projects.

For Barnum, loyalty is the tie that binds and is essential in growing personally and professionally. Long-standing relationships are meaningful, and this is why BCE chose River City Bank. The company wanted to work with a community-based bank emphasizing relationships and loyalty.

“River City Bank truly cares about their clients,” says Barnum. “Any day of the week, I know that I can pick up the phone and reach out to Charice (Huntley) or Steve (Fleming) with a question and get a response quickly.”

“It’s all about developing and cherishing the relationships you have,” says Barnum. “If you don’t, they are fleeting.”