The Rotary Club of Carmichael

In late 2015, the Rotary Club of Carmichael embarked on a project that would affect the lives of thousands of people in Uganda.  The group learned about the rural village in Iyolwa, Uganda named Poyemi through a presentation given by Rotary Member, Richard Olebe. Olebe described Poyemi as a place where villagers spent an average of four to five hours per day walking to and from their primary water source. Much of the time, nearby water sources – like a river or swamp– can be contaminated.

Richard Olebe, a long-time resident of Carmichael who was born and raised in Uganda, proposed the project of building five 200-foot wells in an area where people were living with contaminated water. Olebe, who holds an engineering degree from the University of Nairobi and two master’s degrees from Stanford, spoke on the life-changing benefits these wells can create. The group agreed that this was a project worth taking.  Once receiving final approval, the newly-appointed Project Chair traveled to Uganda to iron out the logistics and jumpstart the project.

On December 5, 2018, the project was completed with the final installation of fencing and testing of all the solar-powered submersible pumps associated with each well.  The project cost over $200,000 and took three years to finish.  The funding for the project originated from grants from the Rotary International Foundation and funds raised by the Carmichael Rotary Club in conjunction with other local clubs within their district. The project commissioning took place at Poyemi on December 15th with Project Chair Olebe and immediate past Carmichael Rotary President Richard Bauer attending the ceremony on behalf of the Carmichael Rotary Club.

The wells now serve approximately 10,000 people and have the potential to output over 7,000 gallons of water per hour.  The task that once took several hours to complete reduced to just over 30 minutes per day. The time saved could now be spent studying, earning an income, and performing other essential activities.

By changing the availability of water, the Carmichael Rotary Club’s water wells project has and will continue to have a profound impact on the lives of the people in Poyemi. 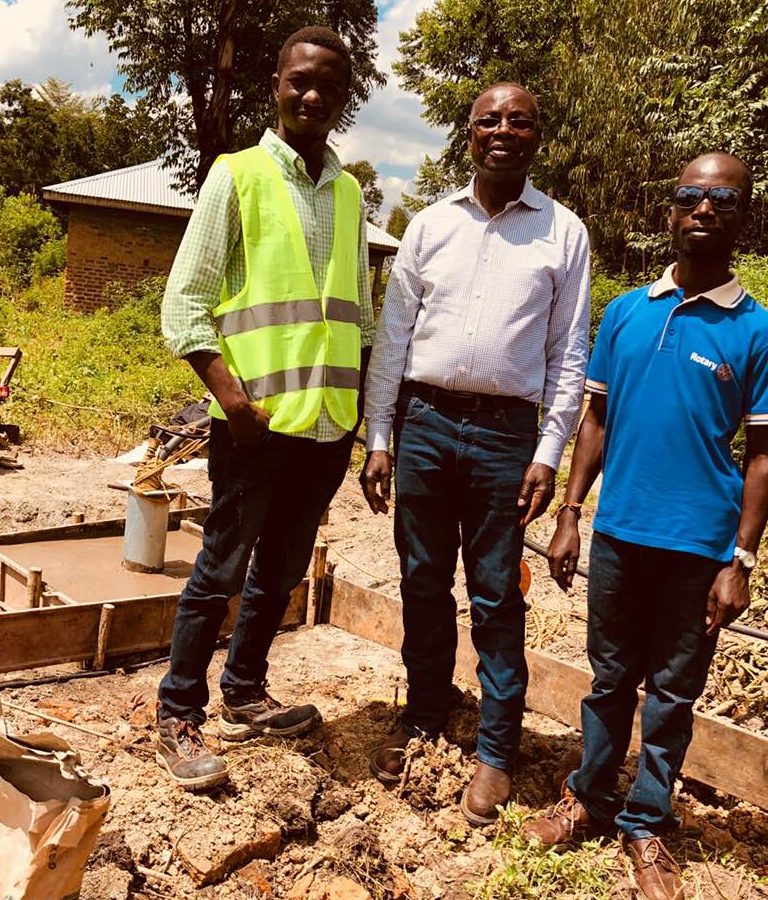 Richard Olebe with the local team 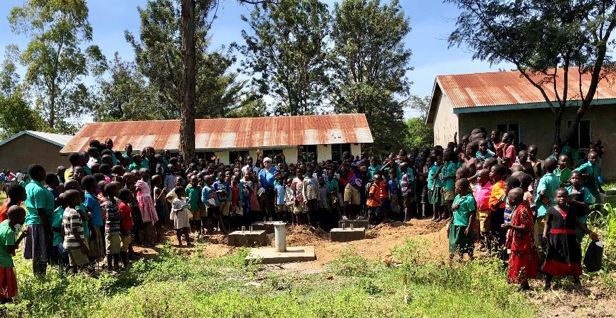 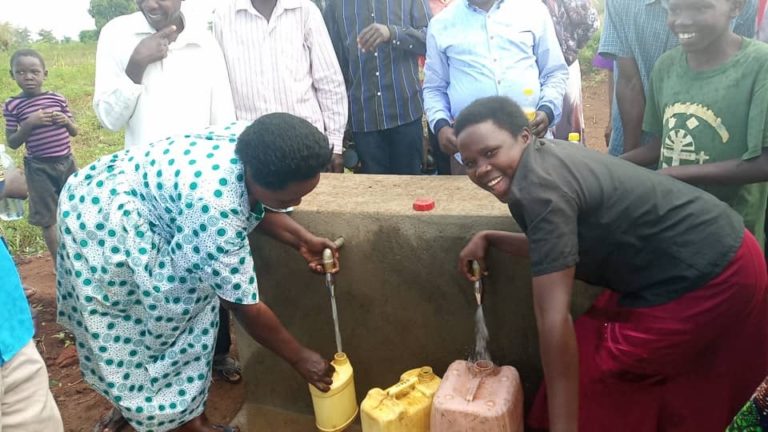 Villagers draw water from the newly-completed wells in Poyemi 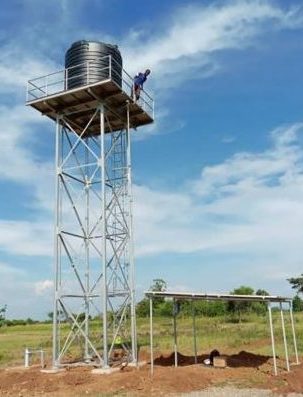 One of the completed wells in Poyemi