Marin Clean Energy (MCE) was founded in 2008 and began serving customers in 2010 within the area of Marin County. MCE’s mission is to address climate change by reducing energy related greenhouse gas emissions and securing energy supply, price stability, energy efficiency and local economic and workforce benefits. With the leadership and vision of CEO, Dawn Weisz, MCE now serves over 170,000 customers in Marin County, unincorporated Napa County, the cities of Benicia, El Cerrito, Richmond, and San Pablo. As a not-for-profit utility, MCE gives its customers, the opportunity to have between half and all their electricity needs supplied by solar, wind, hydroelectric, biogas and renewable resources at competitive rates.

MCE is California’s first Community Choice Aggregation (CCA) program. Back in 2002, the California State Legislature passed Assembly Bill 117, enabling CCAs. This legislation made it possible for communities to form companies to purchase power on behalf of their residents and businesses, completely supported by customer revenues, rather than taxpayer subsidies. Increased local control allowed elected officials to participate in the decision making and weigh in on supply contracts, customer pricing, etc.. AB 117 enabled California to join the small but growing number of states allowing CCAs. More importantly, the bill mandated that customers be automatically enrolled in their local CCA, with an option to opt out should they want to stay with the incumbent utility. 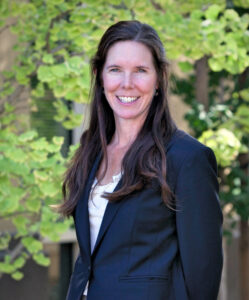 As a pioneer for CCAs in California, MCE has an impressive track record over its initial 5+ years of operations and continues to lead the charge in lobbying for renewable energy at our State Capitol. However, as Weisz admits, the journey was not without a few hiccups along the way. At first, educating the community seemed a daunting task. Prior to MCE’s launch, everything was speculative as there was no model for a CCA in California. For many, switching from a provider of reliable electricity seemed risky from both a service and financial perspective. Throughout, MCE stayed the course and continued to educate the community on its choices. The message was simple: The power provided still flows through the incumbent utility’s grid and consumers continue to be billed through the incumbent utility. The only difference is the source of power which has a greater content of renewable sources. There was no extra effort needed from the consumer, and so the transition to cleaner power and more energy savings was seamless from its customers’ perspective. With the environmental benefits and natural appeal of freedom of choice, support for MCE quickly followed.

Initially, MCE’s goal was to have 25% of its area’s power come from renewable energy. Along with her team, Weisz helped MCE negotiate and enter into power purchase agreements to double the amount of renewable energy for its customers. The end result: more clean energy, while keeping pricing low. Now at 50% renewable energy servicing the area, customers are reaping the rewards. People who live in MCE’s service area are automatically enrolled in the “Light Green” energy program. The “Light Green” program is comprised of 50% renewable energy from sources such as solar, wind, bioenergy, geothermal, and small hydro. By default, customers can take advantage of cleaner, greener energy, at a cost savings over standard incumbent utility rates. With a base rate that is cheaper and cleaner than traditional utility companies, MCE saved its customers $5.4 million in 2014 and is slated to increase customer savings to over $10 million in 2015.

Residents or business customers who have the resources and desire to do more for the environment can upgrade to MCE’s Deep Green program. With Deep Green, all of the power purchased by customers comes from 100% non-polluting, Green-e certified wind power. Green-e is the nation’s leading independent certification and verification program for voluntary renewable energy purchases. Deep Green costs only a penny more per kilowatt-hour than Light Green rates, so for most residential customers, the additional cost averages less than $5 per month. In addition to slashing their carbon footprint, customers who opt for 100% renewable energy also support the development of new, local renewable-energy projects; half of the revenue from the Deep Green premium is directed to a local renewable-development fund for projects such as the MCE Solar 1 Project in Richmond, a 10.5 megawatt solar installation. Other local renewable projects will support MCE’s Local Sol program, another 100% clean energy choice, which draws its power from local solar installations. In addition to reducing greenhouse gases, solar projects such as MCE Solar 1, which is scheduled for completion in 2016, have helped with local job production.

With the support of River City Bank, MCE has become a success for its customers, the environment and the local economy. In May, Marin Clean Energy celebrated its fifth year in business. Throughout its entire existence, River City Bank is proud to have been MCE’s bank of choice.

“We have had an extremely positive relationship with River City Bank,” said Dawn Weisz, CEO of Marin Clean Energy. “The size and nimbleness of the bank made it a perfect fit. There is a strong level of service and trust with the management. We also enjoy having direct access to decision makers.”

“At River City Bank, we help clients like MCE realize their vision,” says CEO and President, Steve Fleming. “Delivering exceptional service and a commitment to our clients and communities is what fuels our organization.”