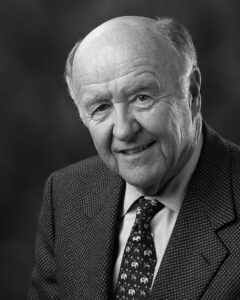 Jon started at Channel 3, joining his older brother, Robert, in 1958. Two years later, Ewing “Gene” Kelly, their father, died of a heart attack and Jon Kelly, at the age of 24, became station manager. The brothers founded the Kelly Broadcasting Co. with their mother, Nina, a short time later.

After buying the stations outright from their partners — the Hansen family, who owned Crystal Cream and Butter Co. — the Kellys owned and operated the NBC-affiliated station for more than three decades, setting a bar higher than any of their competitors by producing public-affairs programming, daytime and evening news and lifestyle magazines years before others followed suit.

Channel 3’s longtime slogan — “Where the News Comes First” — was backed up by huge investments in its news operation. It fielded (and still does) more reporters and photographers, broadcast more hours of news and employed more news gathering equipment than any other station in the market.

The Kellys kept Channel 3 on the cutting edge, becoming the first in the market to use color film and Doppler radar; creating the first hour-long newscast and locally-produced morning show; creating “De Colores,” a public-affairs program focused on the Latino community; and sending LiveCopter 3 up into the skies above the capital beginning in 1987.

By the 1990s, before the station’s sale to Hearst in 1998, Channel 3 was leading competitors, and KCRA made national news several times, such as when President Bill Clinton decided to hold a statewide town hall meeting and chose to do it at KCRA.

Channel 3 has been a training ground for generations of TV reporters and anchors who went on to distinguished careers beyond Sacramento. Joan Lunden, the former veteran anchor of ABC’s “Good Morning America,” hosted Channel 3’s noon news in the 1970s. Miguel Almaguer and Kathy Park, now with NBC, are also a KCRA alumni, as is Gary Gerould, the voice of the Kings. The list goes on and on.

Kelly Broadcasting also operated KQCA-TV, owned AM and FM radio stations in Sacramento and owned and operated KCPQ-TV, the Fox affiliate in Seattle.

Jon Kelly was the key player in the formation years ago of the Sacramento Area Trade and Commerce Organization, which was instrumental in attracting such industrial heavyweights as Intel, NEC and Hewlett-Packard to the region.

He also donated the land on which public television’s KVIE, Channel 6, now sits in South Natomas, and also found success as a real estate developer. One of his signature projects was the 12-story, LEED-certified Gateway Tower building at 2020 W. El Camino Ave.

Jon founded River City Bank to serve the capital region, growing the business-focused institution to 10 area branches and a presence in the Bay Area and Southern California before retiring from the chairman’s post in 2009. The Kellys still own a majority interest in the bank, which began in 1973 with about $2 million in capital. Today, the bank has assets of nearly $3.2 billion, making it the largest locally-owned bank in the capital region.

Jon was also an active producer in the television syndication business, remained in broadcasting through his investment in the SummitMedia group, owning 50 radio stations throughout the country, according to his family.

Jon Kelly was born July 23, 1936, in Berkeley, before the family moved to Sacramento where Gene Kelly became an ad salesman for The Bee before starting his own advertising agency in 1938. In 1945, they started their radio station. Jon Kelly attended the Lawrenceville School in New Jersey and the University of California, Berkeley.

After the sale of KCRA, Jon and his wife, Sarah, moved to their farm in Rancho Santa Fe in San Diego County. There, they continued their interest in thoroughbred horse racing and breeding, which led them to field horses in the Kentucky Derby and other prestigious races.

In addition to wife Sarah, Jon Kelly is survived by his sister, Suzanne, along with his children Gregory, Shawn, Marilyn, Mary Margaret and Melanie; and 13 grandchildren.