The California Museum: Inspiring the Future with California’s Past and Present

The California Museum opened its doors on September 9, 1998. As a private non-profit institution focused on California’s rich history and culture, the Museum was created to be the public showplace for contents of the California State Archives.

Former First Lady Maria Shriver began working with the Museum in 2003 to expand its vision and mission. In 2004, the “California’s Remarkable Women” exhibit opened as the first of her many collaborative efforts with the Museum. The Museum’s exhibitions have since then continued to highlight stories to reflect all aspects of California’s diverse population and culture, with a particular emphasis on the contributions of women and under-represented groups.

We met with the Museum’s Executive Director, Amanda Meeker, to learn more about and discuss this hidden gem located right in the heart of Sacramento. 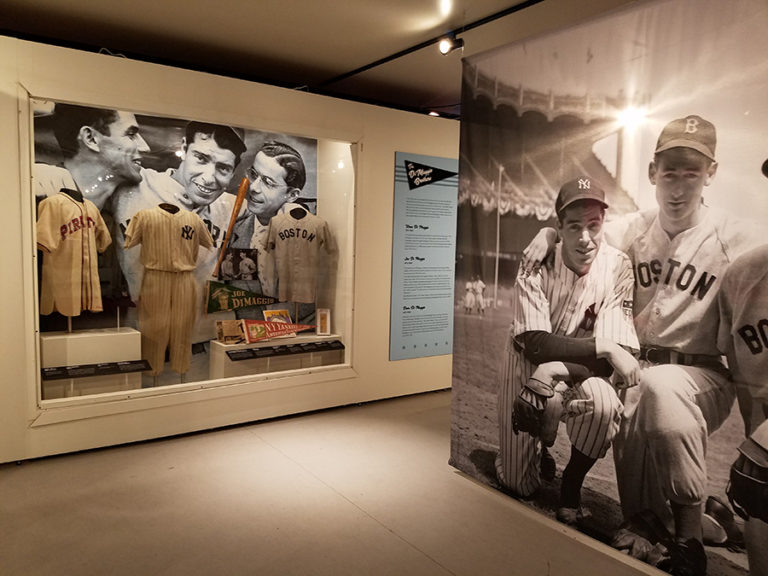 The “California at Bat” Exhibit at the California Museum

Our name officially remains the California Museum for History, Women & the Arts, but in our day-to-day branding, we go by the shorter version for a couple of reasons. First, the official name is a bit of a mouthful! Second, people who are unfamiliar with the Museum often interpret the name as meaning that our exhibits are only about women. We do have a permanent exhibit celebrating California women, and we recognize the contributions of women and other historically underrepresented groups in all of our programming, but there are plenty of men depicted here as well. The name “California Museum” gives us wide latitude to address virtually any topic about California, past or present.

How many people visit the museum every year?

Annual attendance is around 120,000 per year. Of those visitors, about half are students taking part in field trip programs.

What makes the California museum special?

Only at the California Museum will you see the California Hall of Fame, an annual ceremony and exhibit where such legendary figures as Harrison Ford, Serena Williams, and Ronald Reagan are represented by artifacts personally loaned by the inductees or their families. The California Museum is also one of the few general museums to house a permanent exhibit about the wartime incarceration of 120,000 Japanese Americans, and we present an annual 8-week education program in which docents who experienced the camps recount first-hand stories of their experiences during WWII.

The Museum offers a diverse set of works. What has been your favorite exhibit thus far?

In the twenty years the California Museum has been open, we have presented many wonderful temporary exhibits on topics ranging from natural history to art, cultural history to sports, so it’s hard to choose a favorite. The most popular was our presentation of “With Malice Toward None: The Abraham Lincoln Bicentennial Exhibition.” This traveling exhibit from the Library of Congress featured historic documents such as the Emancipation Proclamation and Gettysburg Address; Mary Todd Lincoln’s emeralds; and items the President had in his pockets the night of his assassination, including a Confederate dollar bill and a pair of eyeglasses broken at the temple that Lincoln had mended with a bit of string. 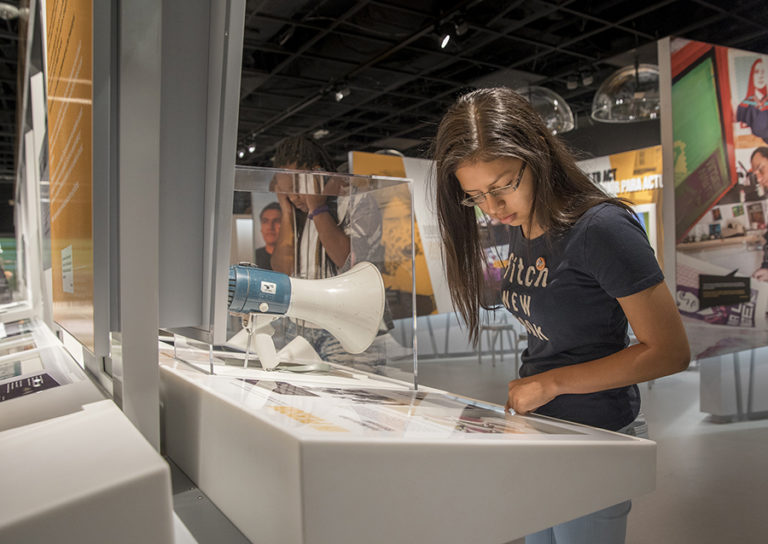 The Unity Center at the California Museum – Photo by Robert Durell

What are some upcoming exhibits?

On display through December 30, 2018 is “California at Bat: America’s Pastime in the Golden State,” which covers California baseball from the Gold Rush to the present, featuring Joe DiMaggio’s New York Yankees rookie uniform, the cap Ted Williams wore the season he was the last MLB player to bat over .400, Jackie Robinson’s MVP award, and scores of other historical items. Additional upcoming exhibits in 2019 include “Before They Were Heroes: Sus Ito’s WWII Images,” which provides a rare look into the daily lives of the Japanese American soldiers whose heroic service made the segregated 442nd Regimental Combat Team the most decorated unit of its size in U.S. military history; and “Dolores Huerta: Revolution in the Fields/Revolución en Los Campos,” a Smithsonian traveling exhibit that highlights the significant role of the iconic Latina leader in California’s farmworker movement.

In 2017, the Museum launched the Unity Center which celebrates California’s diversity. Tell us more about this unique part of the Museum.

The Unity Center initially was conceived in response to the 1999 “Summer of Hate” attacks in Northern California. Its interactive exhibits highlight leaders in the state’s rich civil rights history and encourage visitors to exercise their rights and stand up for the rights of others.

What is one thing that many people do not know about the Museum?

Many think that the Museum is a State agency, but it’s actually a 501(c)(3) nonprofit. It relies on the generosity of Museum patrons and receives most of its funding from grants and sponsorships. Admissions and Museum store sales also support our operations.

To learn more about The California Museum or how you can donate, visit their website at www.californiamuseum.org.