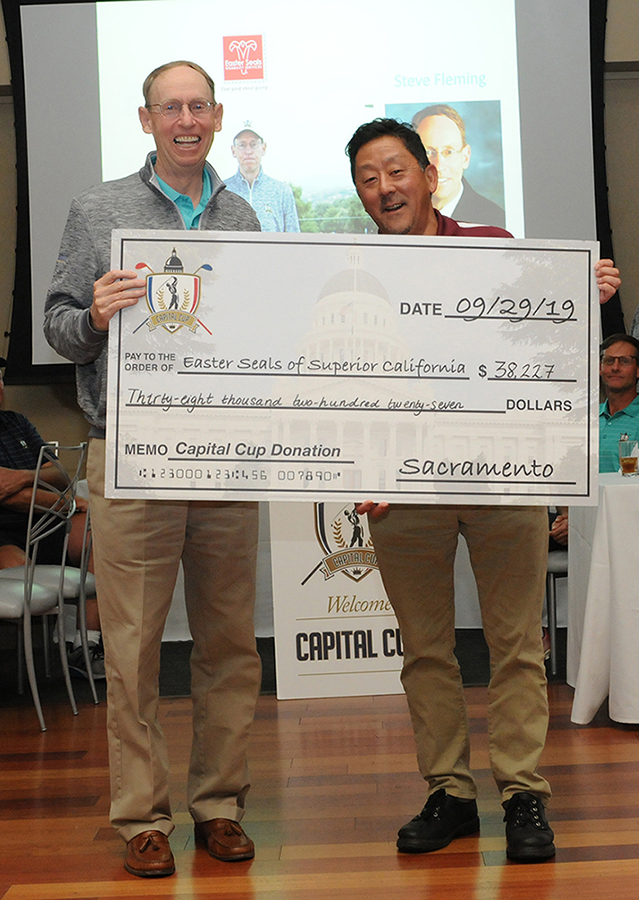 “What makes the Capital Cup unique is that participants select their own charity,” said Rocca. “They fundraise for a cause close to their heart and hit the phones, asking their peers and friends for donations.”

For the fifth year in a row, River City Bank’s President & CEO, Steve Fleming played on behalf of Easter Seals of Superior California. Through generous donations, Steve raised over $38,277 for Easter Seals.

In just five years, the Capital Cup has raised over $5.6 million, benefitting 50 individual charities in the Sacramento region. In all, there have been 65 Capital Cup golfer philanthropists, from various industries and backgrounds, seven of which have participated all five years, including River City Bank’s President & CEO, Steve Fleming.